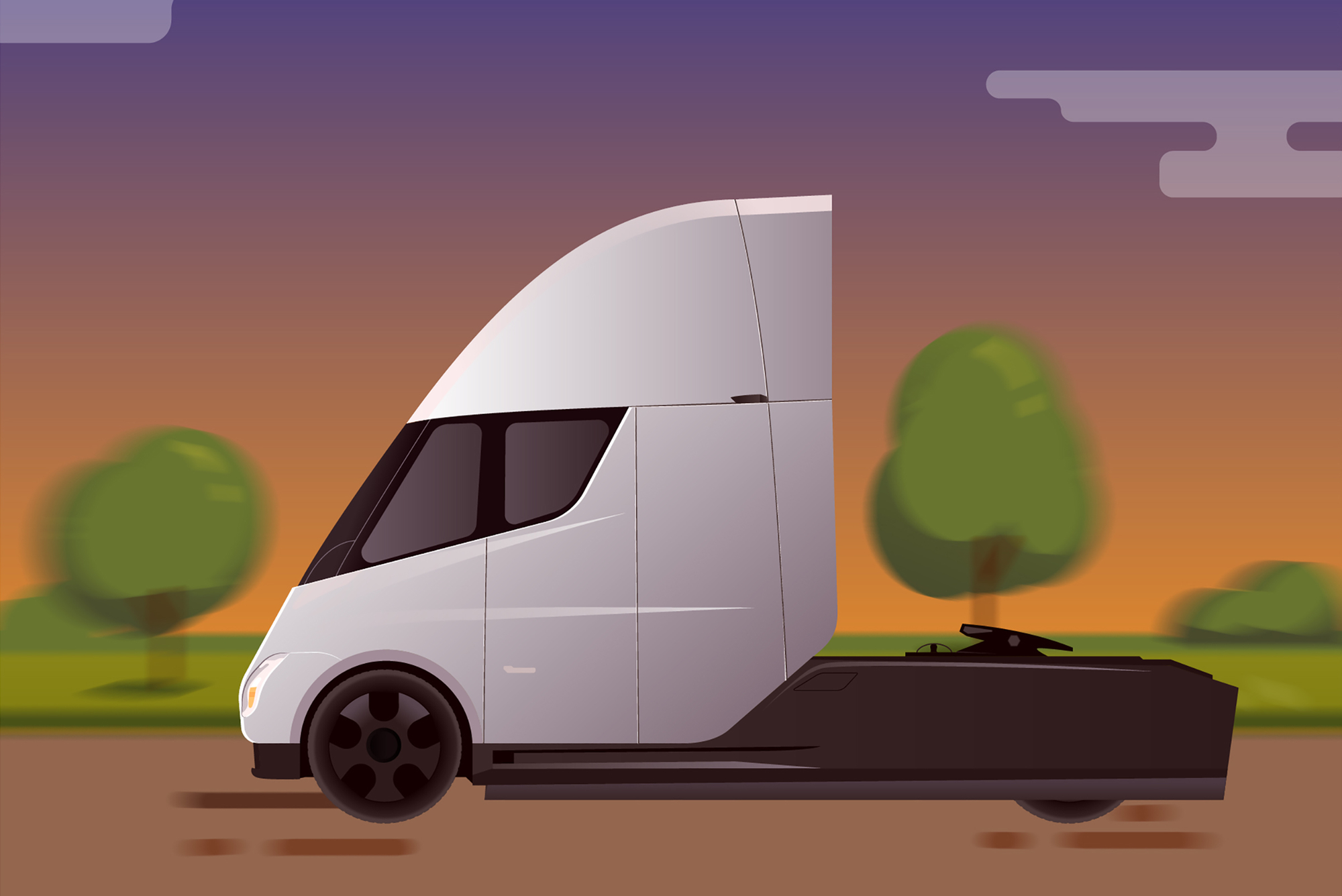 Is this the semi truck of the future?

Last year, Tesla CEO Elon Musk unveiled its latest roadside creation: an all-electric battery-powered Class 8 semi-trailer truck. Set to begin production in 2019, big name companies such as Walmart and UPS have already pre-ordered trucks. So, what’s all the hype about?

Sleek in silver, the new Tesla semi embodies the traditional semi truck shape, but with futuristic appeal. It boasts features that diesel trucks lack, such as a 0 to 60 acceleration in 20 seconds. It is also fully powered by sunlight, which Musk claims won’t break down in a million miles. Solar powered charging stations are set to be installed in order to charge the trucks, with the first station already resurrected in California.

The Tesla semi is able to travel up to 500 miles on a single charge at a consistent pace. Even though diesel trucks can travel further than this on a tank of fuel, it’s arguable that fuel costs are cut considerably by charging, not to mention it’s much better for the environment.

Musk says he soon plans to produce a truck that is self-driven, as well as manufacturing smaller sized vehicles. Take a look at this video to get a closer look at this truck of the future!

Do You Know the Current Hours of Service for Truck Drivers?
3 Tips for Driving a Truck in Cold Weather
4 Tips for Handling Cross Border Logistics With Finesse
What is Breakbulk Shipping?
Packaging Hacks to Save Money on Shipping
X
Agents